It’s a great time to divide your perennials and it’s easy during this early emergence period. Monkey Grass, Hosta, Coral Bells, Aster, Sedum, Salvia, Coneflower, Black Eyed Susan, Ornamental Grass, Yarrow, Beebalm, & Daylily. Primrose and Phlox can be divided after flowering has finished. We don’t recommend dividing Poppy, Bearded Iris, & Peonies until late summer/fall.
Why divide perennials? Sometimes it’s as simple as controlling the growth of vigorous growers. Some perennials such as Bearded Iris need to be divided every few years because they slow down production when they get overcrowded. Often people divide to get extra (free!) plants.
Don’t be too nervous. You will find that some perennials come out of the ground easier and some almost fall apart when you go to divide but for most perennials just follow the simple instructions below.

If you are dividing to control the growth of a plant and don’t want to replant, just ask a neighbor or local garden group if they would be interested in your divisions! 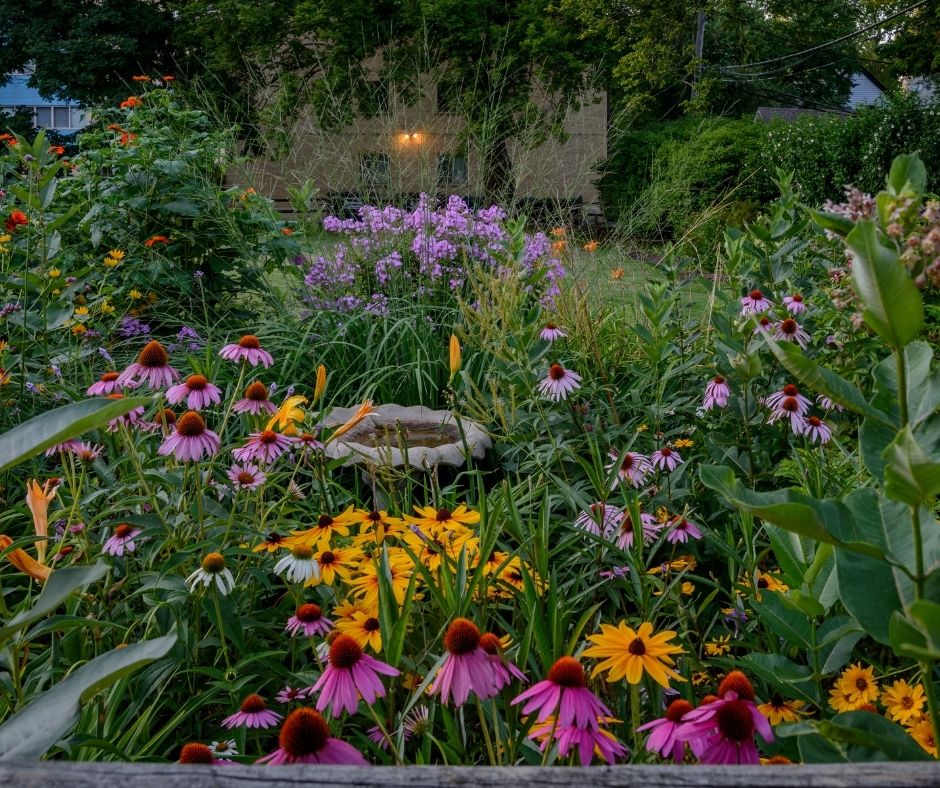